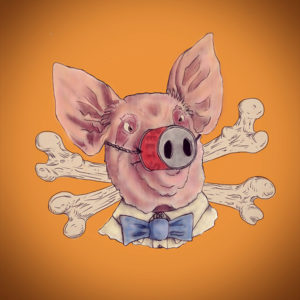 A modernized adaptation of George Orwell’s animal farm, focusing on income inequality and the rise of the 1%. The animals rise through neo-liberalism, striving towards their own self-interest, believing that this collective self-interest will lead to a better overall society. With the pigs becoming corporate leaders, the laws are rewritten, and these Beasts of the Prairies slowly watch their independence slip away. 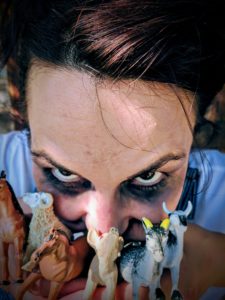 “Nelson takes some of Orwell’s metaphors and explores them in her own interesting and sometimes silly way. While acting as every single animal on the farm, who has their own unique voice, Nelson documents the animal’s defeat over farmer Jones and their rise to a “free” market system.“- VUE Weekly

“While utilizing a diverse crop of props like a projector, toy animal figurines, and a remote controlled truck, Nelson develops the teachings of Animal Farm while making it an easy to digest experience.”- VUE Weekly