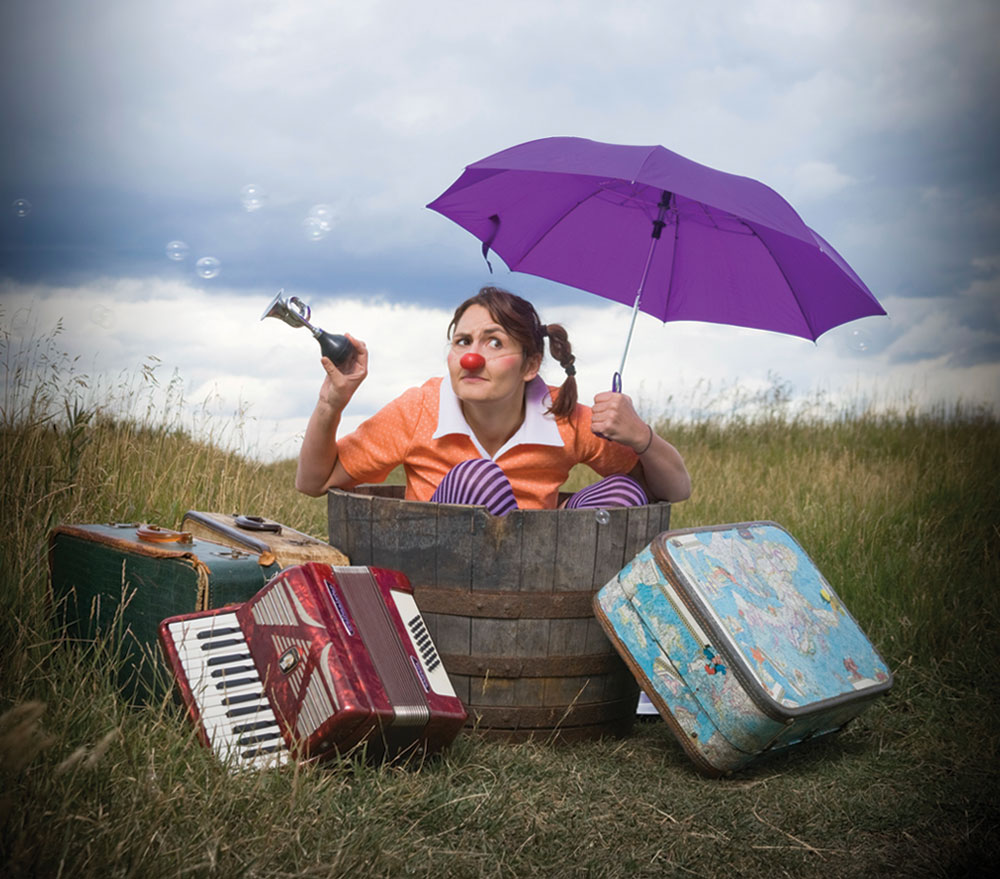 ELEPHANT is a heart‐warming story about a hopeful girl who travels to South Africa to bring joy and laughter to those who need it most. ELEPHANT is based on my humanitarian work with Clowns Without Borders South Africa.

Plank Magazine, Vancouver
“If you see it, you will be uplifted!”

Tom Eremondi, StarPhoenix ****
“Being a clown show, there was some great physical comedy. As do all great clowns, Nelson also elicits pathos, not just for her wide-eyed character but for the South Africans, many of whom are now suffering fates worse than apartheid.”

Stephen Hunt, Calgary Herald
“In Elephant, Nelson puts her voice and her body to work, and somehow manages to juggle that dozen different people in her head and tells her story without ever losing her audience. She has the ability to turn peeing into a basin, or handscrubbing laundry in a South African township, into priceless comic bits.
She also manages to effortlessly navigate the cultural and racial boundaries of South Africa without avoiding or softpedalling them, and the result is a good-humoured one person show about one of the heaviest subjects a playwright could tackle.”

“Alice Nelson’s one-woman performance, Elephant was outstanding. The play provided a light yet poignant means to introduce our students to many of Africa’s social issues. Elephant clearly demonstrated how the arts can be used to both comment on and to help bring change to our world. It served as an excellent example of how simple dramatic forms can effectively transport an audience to another time and place. The talkback session at the end of the performance was proof enough that bringing Elephant to our school was a worthwhile endeavor.”
Paul Mulloy
Central Memorial High School, PVA Program